Far upriver, through a two-mile, cliff-lined divide, referred to by the locals as 'Dog Leg Rocks', a high-powered, twin-turbo Scarab, with a twenty-foot roostertail, approached at a fast rate. The pilot was Jay Fallbrook, a seventy-six-year-old venture capitalist - powerful, shrewd and extremely charismatic - the quintessential CEO, with all the charm of an Italian matinee idol. He was a man's man who would never hesitate to reach half way to heaven to guarantee a good time was had by one and all. When Mr. Fallbrook needed something done, however, it got done quick, if not by generous fiscal persuasion, then by strong physical diplomacy. He closed contracts quicker than Gotti closed coffins, and actually closed a few dozen himself during his early years with the mob. 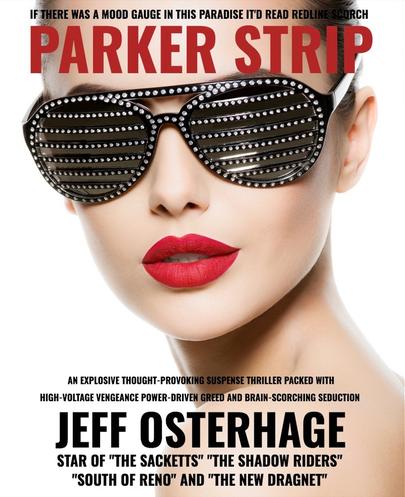 at making the various storylines fall into step..."

featuring a wide array of characters and subplots"

"...continually teases an ineveitable confrontation before delivering a blistering coda."

AVAILABLE FOR PURCHASE
AT:​​​