Jeff starred in this epic western that critics touted as the best western of the 70's...

...a combination of 2 original novels "THE DAYBREAKERS" and "SACKETT"

backed by an amazing cast of supporting actors including: 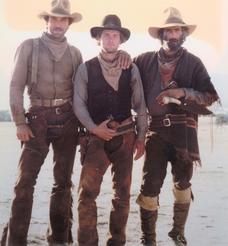 You can add HTML directly into this element to render on the page.

Just edit this element to add your own HTML.