By the time the FBI figures out what Walter's talking about, Hollywood is already expressing an interest, so the Bureau sends out agent ROBERT MACKAY to resolve the situation.

Unfortunately, McKay finds himself in the middle of a bidding war, as he desperately tries to get Nick's screenplay off the market.

And so Nick wakes up one day to learn that people are suddenly 'dying' to get their hands on his screenplay...

...especially what lies at the core of his well thought out story, the allegedly fictional PEREGRINE DOCTRINE.

WHEN A BUNGLING FBI AGENT

TO THE BIG SCREEN

TO KEEP IT BURIED 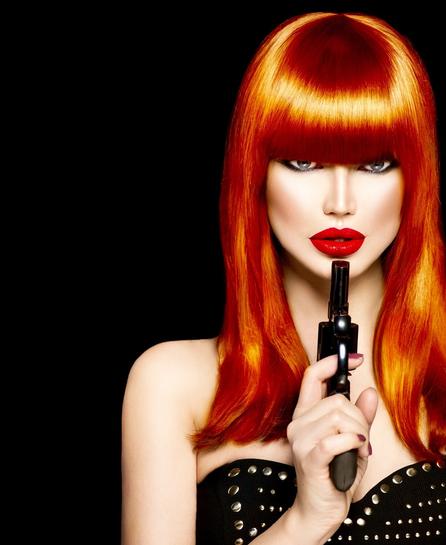 What would happen if somebody wrote a clever fiction about a deep government secret evolving from a tale of high level conspiracy...

...a far fetched account pulled from the furthest corner of the writer's imagination, only to discover that it's not only true, but that the government will kill to keep it buried?

NICK ASHTON is about to learn that answer.

The classic Hitchcock thriller "North By Northwest" comes together with "Get Shorty" in this contemporary, black comedy about a Hollywood screenwriter and his quest to put his dream up on the big screen.

After fifteen years of dedicated work as a special agent with the FBI, Nick, along with his cute, but smart-mouthed assistant, RAZOR, charges headlong through the maze of tinsel town promises and broken dreams, in an attempt to get his screenplay into the right hands.

Always trying to give his story more authenticity, he seeks the advice of 80-year-old WALTER PARKER, a retired FBI agent, who quickly becomes the first person to realize that Nick's movie can never be made. It would create govern-ment havoc.

Hot. Wet. Wild. Now wha the hell is going on?

HOLLYWOOD BACKROOM DEAL-MAKING AT ITS FUNNIEST...